Via Expands Citywide in Chicago 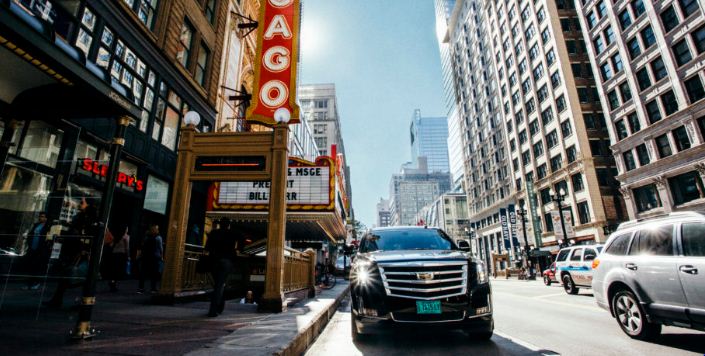 August 6, 2019 (CHICAGO)– Via, the leading provider and developer of on-demand public mobility solutions, has expanded its Chicago service citywide. Nearly doubling the size of the current operating zone, the expansion includes several parts of the city least served by existing public transportation. Via will supplement the existing transit by providing first-and-last-mile connection for riders to-and-from all CTA and Metra stations in the expansion zone for a flat $2.50 rate.

“At Via, our goal is to eliminate the need for private car ownership by providing affordable, convenient, and eco-friendly on-demand shared transportation that can seamlessly integrate into existing public transit,” said Alex Lavoie, US General Manager of Via. “We’re delighted to be expanding in Chicago to provide greater access across the entire city for residents, workers, and visitors in these communities.”

Chicago has seen a growing demand for on-demand mobility solutions in parts of the city with more limited access to public transit, and since December, public TNC data shows that requests for shared rides have increased in the southernmost parts of the city, despite an overall citywide decline.

Using the Via app, passengers select their pick up and drop off location and confirm their ride. Via’s smart algorithm enables multiple riders to seamlessly share a single vehicle. The powerful technology directs passengers to a nearby corner – a virtual bus stop – for pick up and drop off, allowing for quick and efficient shared trips without lengthy detours that take riders out of their way. This enables Via’s system to transport a high volume of passengers while using a fraction of the number of vehicles utilized by taxis or on-demand car services. Rides applicable for the $2.50 flat rate must be booked as shared rides to-or-from one of 65 CTA or Metra stations within the new zone, and will be capped at a distance of two miles.

In the United States, Via operates services in New York, Chicago, and Washington DC,  and now has more than 80 launched and pending deployments nearly 20 countries, providing more than sixty million rides to date. Via has partnered with some of the world’s largest public transit agencies to solve pressing transportation needs including the Los Angeles Metro, Transport for London (TfL), Sydney’s Transport for New South Wales (TfNSW), and Berlin’s Berliner Verkehrsbetriebe (BVG).

Via is re-engineering public transit, from a regulated system of rigid routes and schedules to a fully dynamic, on-demand network. Via’s mobile app connects multiple passengers who are headed the same way, allowing riders to seamlessly share a premium vehicle. First launched in New York City in September 2013, the Via platform currently operates in the United States, and in Europe through its joint venture with Mercedes-Benz Vans, ViaVan. Via’s technology is also deployed worldwide through partner projects with public transportation agencies, private transit operators, taxi fleets, private companies, and universities, seamlessly integrating with public transit infrastructure to provide the most cutting edge on-demand mobility innovation.